One day, Ray would say, he would like to get a picture together with all his former stewards, come back to visit. That would really be something.

There were a lot of things our old cook would have liked: a fully-funded steward budget, a mixer with DG, a unified boxing championship. He had seen enough of life to be a practical man. He fed the house with epic volumes of pasta and whatever free samples Val could finagle. He appreciated that more sisters from other sororities would stick around the next morning for his chocolate chip pancakes. And all the woes of the boxing world he could place squarely on the shoulders of Don King, and relieve his soul of the worry.

So he took in visitors whenever and however they showed, heartily. I remember many an alum walk through the front door and not so much as grunt a hello to us undergrads as he sped down to the kitchen to pay his respects. It was a good reminder: the fraternity was not just about us, but all the generations who came before, and all those who would follow. Some day, we supposed, we'd be the ones generating angry shouts and holding up dinner.

It wasn't exactly to be. Ray left soon thereafter for his well-deserved retirement, and as the years passed, it became too hard for him to visit the house, high as it was on an arthritic-unfriendly hill, full as it was of young and unfamiliar faces. He moved from house to senior apartment, lately to nursing home, from walking to walker, lately to wheelchair. He would have liked, he thought, to have worked at the house a little longer, to have a little more money. But that ship had sailed, and he was a practical man. Maybe he would visit the house one last time, for the big Centennial weekend with all the guys back in town. It had been 14 years.

It wasn't to be, either. His health kept him downtown, and though a few of the brothers made it down for a visit. he had missed the big event. And seasons changed, in their steady renewal, and his health changed, in steady decline. It occurred to him, in the hospital, he would have liked to have a few more years to live. But he was a practical man. He would get well enough to go home. He would stay well enough to make it up for Reunion. One last time.

And this time, he made it. Through Trevor Connor's heroic efforts, and the help of his sons, Ray and his family made it up first to Veg's house. Unable to make it out to the porch, he held court in the living room with the dozen or so brothers gathered there.

Thence to the house, and the realization that mobility wouldn't pose such a problem if only Medicare would cover sedan chairs. 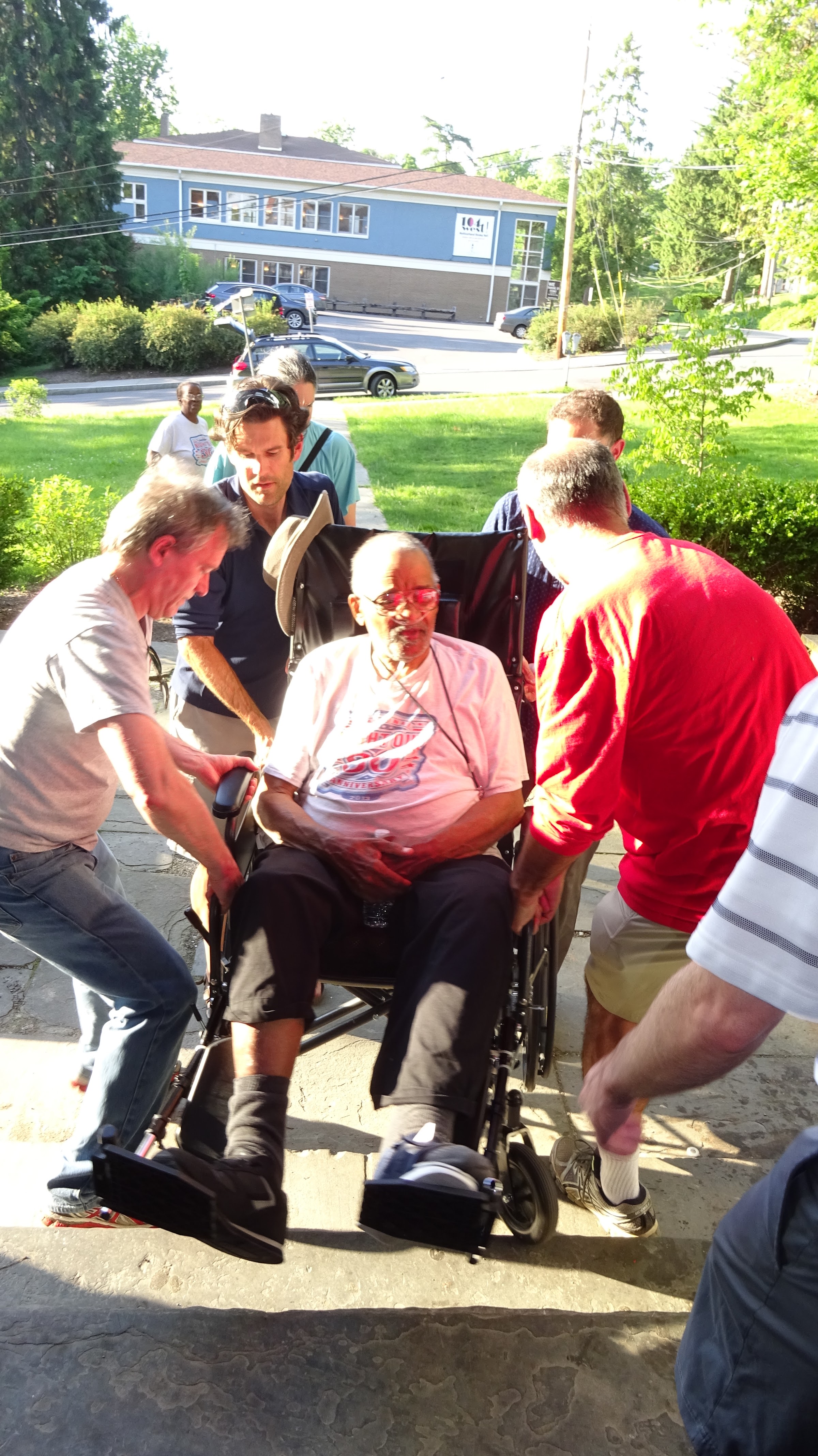 And the Chapter Room became Ray's throne room, and we stood around him in rapt attention as he recounted and opined, accounted and repined. At long last, he wasn't coming to the house to go to work. He was coming to the house because it was home, and as with any homecoming after a long absence, he had a few ideas about a few things.

Late in his professional tenure, Ray had taken to leaving early. Surely, 2 hours in the oven at 400 degrees was equivalent to 4 hours at 200 degrees? This led to the adoption of the Adopt-A-Ray program, wherein brothers and A.M.s took shifts going downstairs to keep him preoccupied until the appropriate time to put dinner in the oven was achieved. No such program was required that Saturday. He was right where he wanted to be, for the same reason the rest of us were: to be young again, just hanging out with the guys, telling stories. All of the stories. 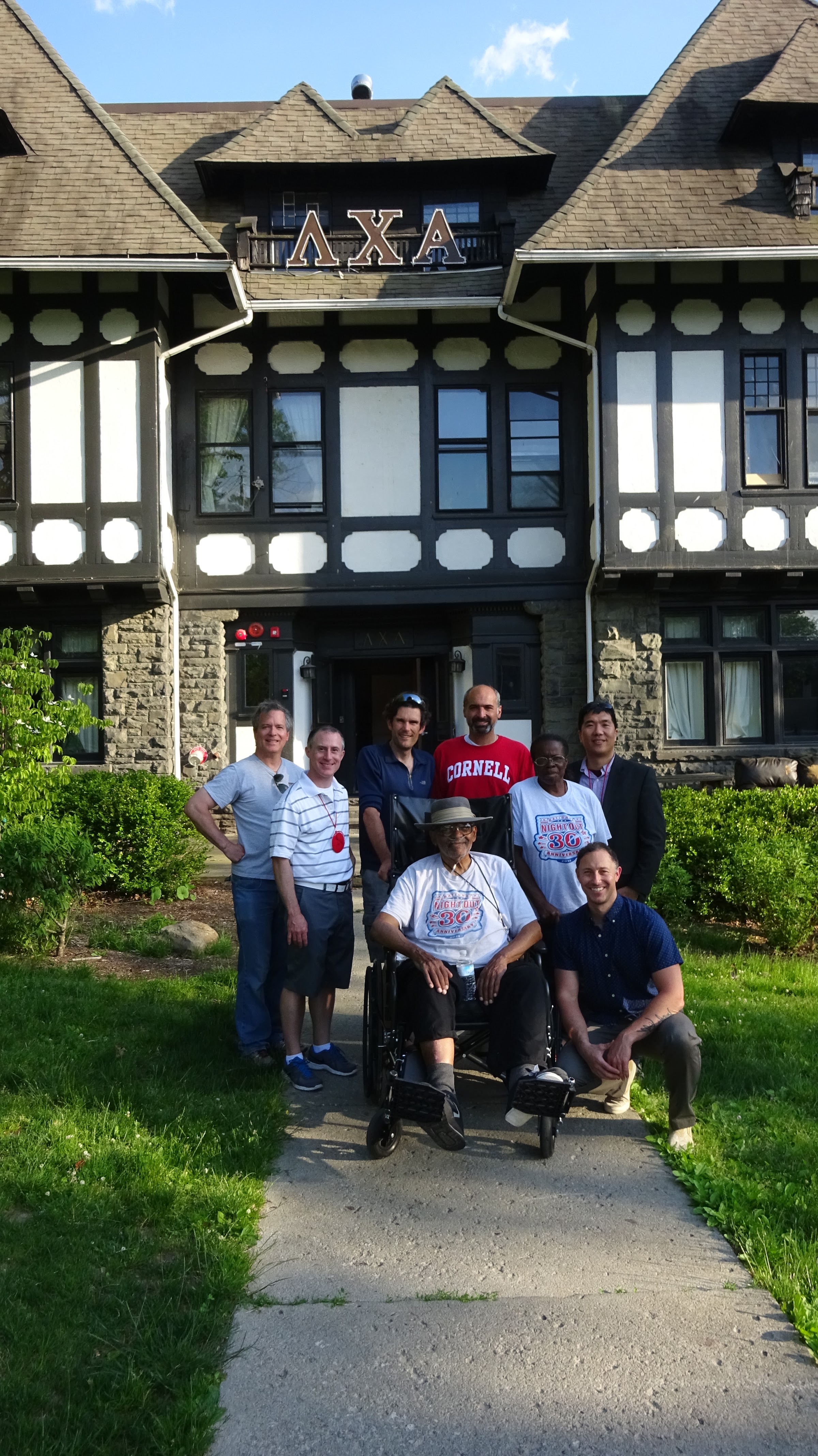 It took a long while to make it back out to the car. He got a picture out front with the few guys left at the house— only one former steward, but that would do. He was a practical man. 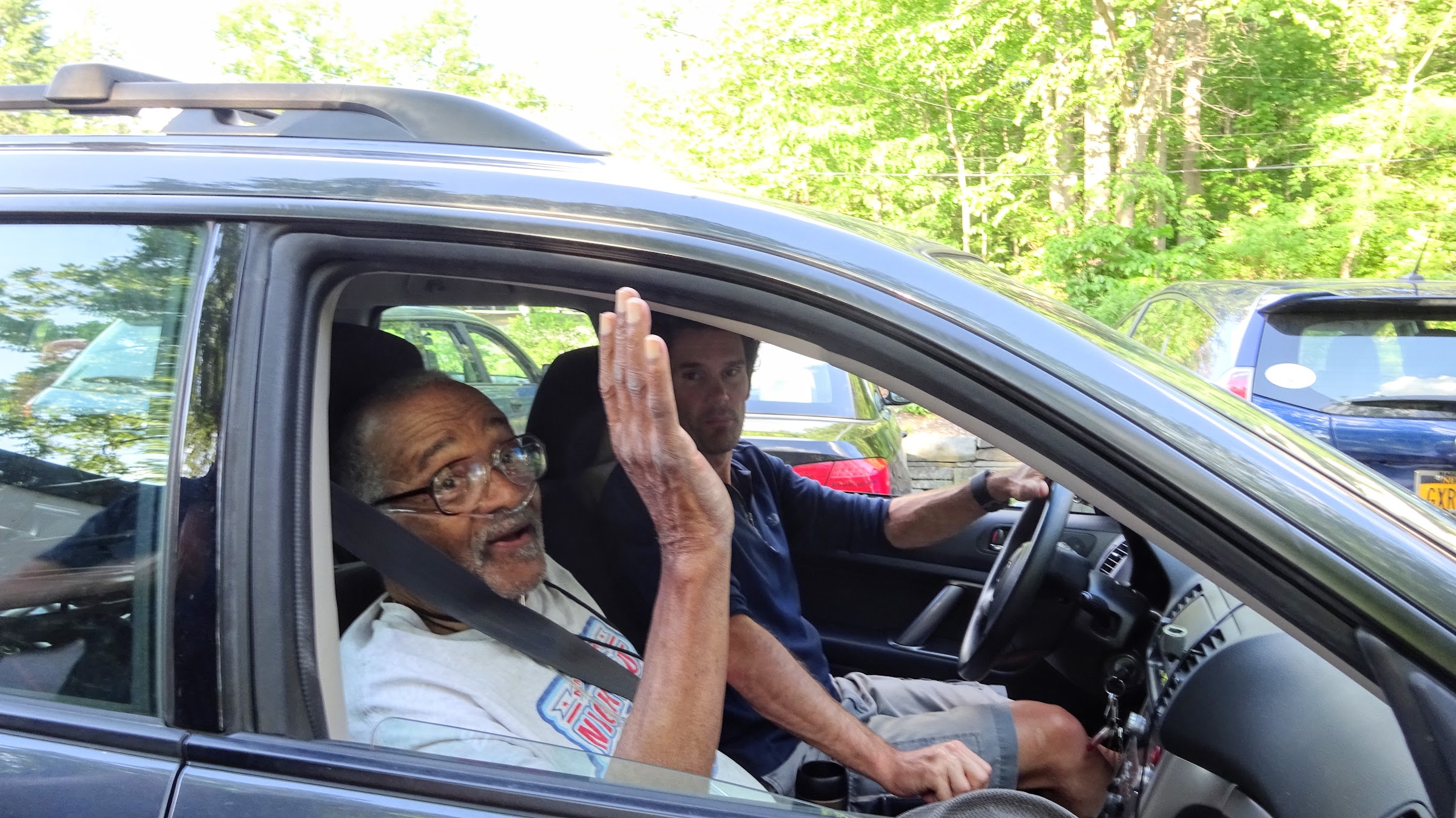